Project Work (PW) is without a doubt one of the key components of JC life as it requires students to work together with their peers for the whole  year in JC1. To some, PW might be burdensome as it requires constant work and effort in both individual assignments such as the  Preliminary Ideas (PI), and for the group components such as the Written Report (WR). For others, they might enjoy PW as it gives them an opportunity to work in a group and learn from each other, fostering strong friendships in the process.

While the J2s in NYJC have completed their PW course and are awaiting the release of their results, the J1s have just embarked on the start of their PW cycle. Hence, we have compiled a list of some of the different types of PW members that are commonly seen and some tips for the J1s on how to deal with them. 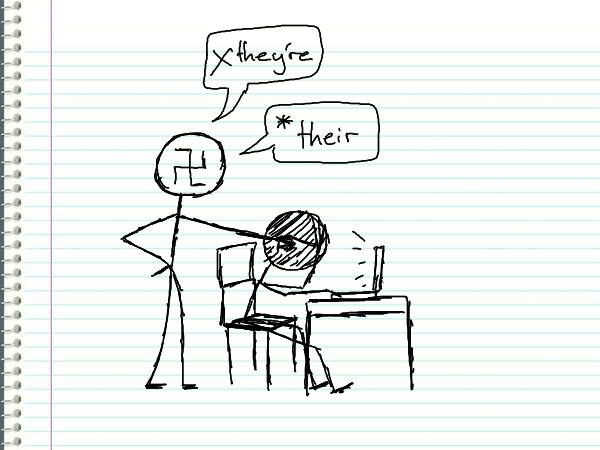 Grammar Nazis will pick on every single grammar and language mistake you make, which may get frustrating but they are the ones you will need in a group, because precision in language is important if you want to appear professional and make your report more accurate.

Tip: Be patient and talk to them to let them know that being too blunt when correcting other people’s mistakes so that they are more conscious of the things they say next time.

There is always that member who takes charge of the group and gives orders on who is to do what. Some of them may be too domineering and start to dictate everything. On the other hand, there also those who are great leaders and help to organize the group and allocate work so that assignments can be completed more efficiently.

Tip: If their actions become too tyrannical or intolerable, it may be time for you to let them know. If talking in person is too awkward, you can leave them a text, pointing out why their actions have made the others uncomfortable and how they can change.

Since PW is a group effort, group members often have to meet up out of school time to discuss and do the report together. However, they are members who always seem to be occupied with all sorts of other commitments and cannot find the time to meet with the group. Their excuse? “I have something on later so I can only come for about 3 hours”

Tip: Tell them ahead of time when the group wants to meet so that they will be able to set aside time for PW and have no excuse to be absent as well. Also, you can assign them work instead so that they can do it on their own during their free time.

Doing everything from the graphics to the references, ‘tankers’ are those who try to take on every responsibility and try to do everything themselves. While they help to make the completion of assignments more efficient, PW is a group effort after all so the responsibility has to be split among members.

Tip: Help lighten their load by dividing the different parts of the assignment and allocating one to each member to ensure that no member does much more than another.

“Anything, sure, I’m okay with anything.” These members agree to everything the group proposes and seldom contribute their ideas or object to an idea. They have no ideas or opinions of their own. On the bright side, this can be good as it prevents conflicts arising from different members having different ideas within the group.

Tip: Make it compulsory for every member to give one idea each so that they can express their opinions frequently and freely. 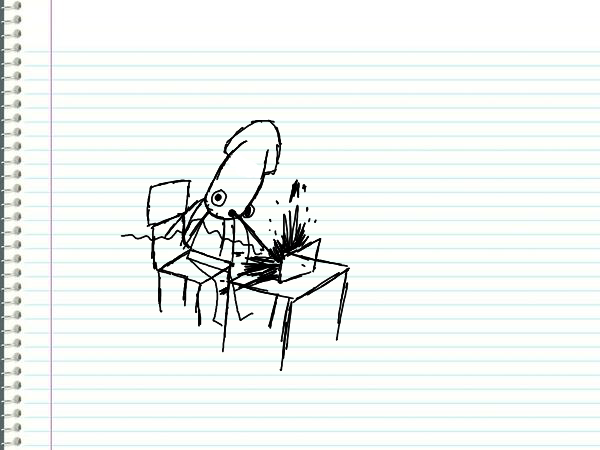 Often known as “Blur Sotong”, these members are just kind of lost all the time and  unsure of what they are supposed to do. Although they are not acting confused on purpose, they require a lot of assistance from their group members. The word you will hear most from them? “Huh?”

Tip: Encourage these members to take notes during lectures and group discussions so as to keep them engaged and to ensure they remember what is happening. Also, continuously update them on what is going on so that they stay focused and contribute.

Although PW requires a group effort, slackers usually do not participate in any group discussions or help in in the Written Report. They are the people you would dread being in a group with, but unfortunately they can be found in some groups.

Tip: Firstly, you should talk to them, find out why they are not contributing to the group and try to convince them to help out more. If talking to them does not work, you might want to consult your teacher on what to do.

In the end, no matter what kind of group members you get, good or bad, what is most important is good teamwork and communication. PW, though rewarding in the end, is not going to be a smooth sailing journey. While you will meet many obstacles, of which some may seem impossible to overcome, as long as you persevere and work with your group members and teachers, any problem can be solved. At the end as you look at all your completed work, I am sure you will feel a huge sense of satisfaction.