In our previous post, we reviewed the main activities and highlights of Novum Finium 2015. Beyond the highlights however, we mustn’t ignore another significant aspect of orientation – the people involved! Mainly, the people who planned it all and the people who participated; in other words, the Orientation Group Leaders (OGL) and the J1s respectively. We spoke to both groups and here’s what they had to say about their orientation experience

I felt the Gardens by the Bay activity was the most fun part of orientation as it was nice to go out and be free to play and interact with friends.

What are you looking forward to in Nanyang?

I am looking forward to studying a lot and getting the right CCA for me that is not too hectic.

Cheering for our respective orientation groups and being able to learn and dance the mass dance together was what we enjoyed most about orientation. The games organized for us were also very engaging.

What are you looking forward  to in  Nanyang?

I am looking forward to meeting new and hopefully nice people in NYJC and experiencing how JC life is.

I enjoyed going around the school during the various activities and getting to know the school better.

What are you looking forward to in Nanyang?

I am looking forward to the lectures as I feel the format of lectures is more suited for my personality and I would be able to learn better from it.

While our interview with the J1s showed that they had generally enjoyed orientation and the activities planned for them, all these would not have been possible if not for the hard work and dedication of the Orientation Group Leaders who invested their time and effort in rehearsing the dances and cheers and coming up with the various games.

Thus, we also spoke to some of the Orientation Group Leaders involved to find out how their experience was, in leading and organising the various activities in Novum Finium. 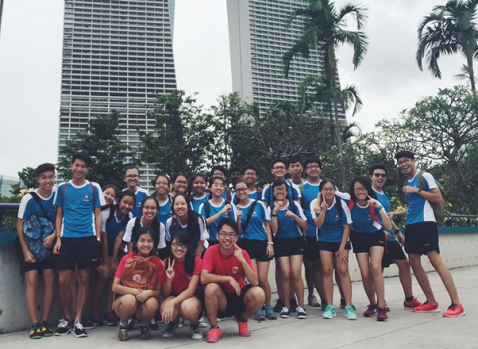 Samantha (middle of the bottom row), OGL of Calex 1

What was your favourite part of being an OGL?

This might sound corny but my favourite part was when I saw all the J1s cheering together as an OG or when they initiated conversations with each other without the help of us OGLs. Our job is to bond them and not to always be by their side and push them to make friends.

In general, interacting with them was not bad. Though, on the first day it was really awkward because everyone did not want to talk or only gave one word replies. However in the next few days, when I talked to them in smaller groups it got better.

How was it during the preparation for orientation?

The preparation was very fun because the OGLs could talk to each other and we were on a similar wavelength. Learning the performance dance and coming up with our own march was also rather enjoyable. 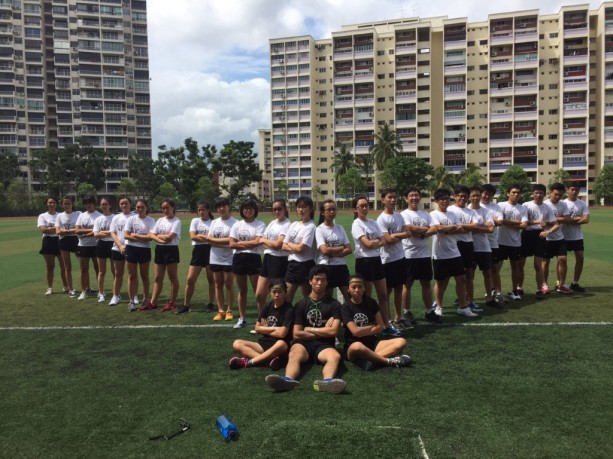 Andrea (left of the bottom row), OGL of Neo 4

What was your favourite part of being an OGL?

I enjoyed being able to bring the J1s out of their comfort zone, and to make them feel more welcome in NYJC by helping them to interact with one another. It was heart-warming to see our OG become more outspoken and lively towards the end of orientation.

Undeniably, it was rather awkward at first since we all had just met for the first time and did not know one another. However, we had to hide the awkwardness and try to interact with them as much as we could since it was our roles as OGLs to make them feel more comfortable in NYJC.

How was it during the preparation for orientation?

It got quite frustrating at the start when we had to change our ideas and rehearse for it over and over again but still everyone did their best together without complaining and in the end we had fun being together.